Australia Makes Riesling Its Own – The New York Times

Our opinion :  It’s great to see Australian wines garnering attention over in the USA (did you know Aussie wine exports grew to North America by $5 million (1 per cent) to $651 million 2016/17?).  However this article highlights one particular issue which we here at Troly are passionate about, a lot of the smaller producers get left behind. To quote this article;

One reason for the inconsistency may be the meager selection of top wines available in the United States. As is too often the case with the most interesting Australian wines, many small-production bottles don’t leave the country because of the high demand for them at home.

Either way, there is some great feedback for the Aussie wines that were tasted, we’re looking forward to playing a part in getting smaller producers recognised globally. 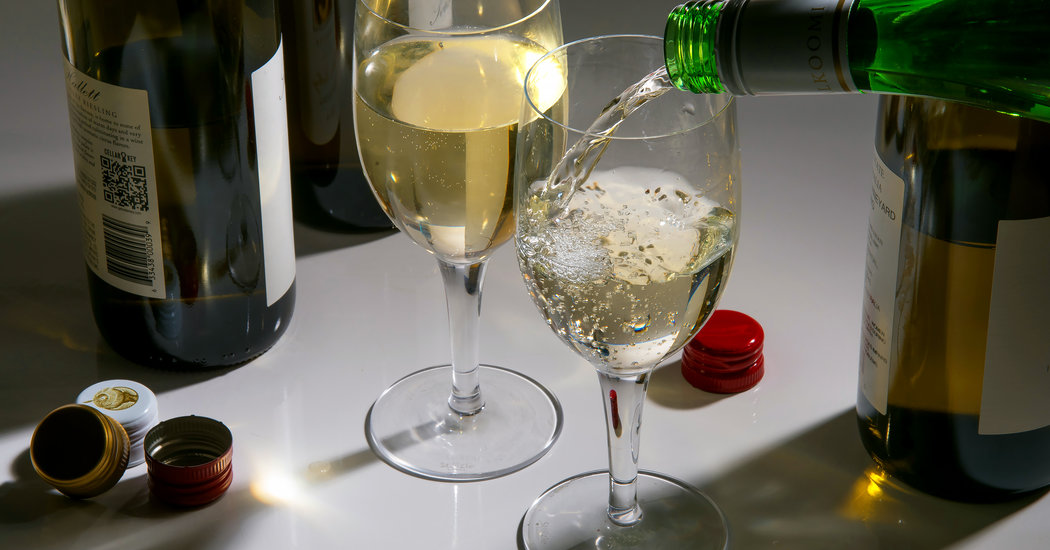 Wines made from the handful of international grapes planted throughout the world must have qualities that cause them to stand out or they run the risk of being ignored.

Why, for example, would you choose a South African cabernet sauvignon over one made in Argentina, or Australia, or the United States, to say nothing of Italy or France?

The answer may be as simple as pricing. Which region, all else being equal, offers the best value? Or it could be an issue of brand names and labels, that is, what leaps out from the supermarket shelves to grab your attention?

That is the initial level of differentiation. A deeper examination would assess whether a wine reflects the character and distinctiveness of a particular place. What does it mean for a cabernet sauvignon blend to come from Tuscany rather than Bordeaux? Do the wines express certain qualities that can only come from those particular places where the grapes are grown?

The wine panel asked these questions at a tasting of rieslings from Australia. In an effort to discern what makes an Australian riesling desirable in a world full of good rieslings, we tasted 20 bottles from recent vintages. Florence Fabricant and I were joined at the tasting by two guests, Jeff Taylor, the wine director at North End Grill in Lower Manhattan, and Aaron Fusco, the chief sommelier at Café Boulud on the Upper East Side.

Perhaps to a greater degree than other international grapes, riesling has a remarkable ability to convey the character of many different terroirs, a shorthand term that encompasses not merely the soil in which the grapes are grown, but also their microclimate, the elevation of the vines, their exposition to the sun and the human touch.

One reason for this evident transparency may be that riesling has traditionally been grown in many places for which it is particularly well suited. Riesling has flourished in distinctive ways in the Mosel and Rhine valleys of Germany, in Austria and in Alsace.

Beyond its Germanic homelands, noteworthy rieslings come from northern Italy, from the Finger Lakes of New York, from Napa Valley and the northwest, from Michigan and New Zealand, and yes, from Australia.

You could make the argument that pinot noir and chardonnay, too, are gifted transmitters of terroir. That is correct, but both grapes have also been widely planted in so many unsuitable places that, outside their homeland in Burgundy, their messages have often been muddied.

Riesling is no newcomer to Australia. It dates back to the 19th century when German immigrants brought the grape with them. Decades ago it was the most-planted white grape in Australia, though it has been overtaken by chardonnay, sauvignon blanc and sémillon.

That’s not a bad thing. Much of the riesling back then was intended for bulk or fortified wines and grown for quantity in places that were often too warm for the grape, which offers more distinctive, complex expressions in cool climates. Now, the riesling acreage is better focused on more suitable regions, like Clare Valley and Eden Valley in South Australia, Great Southern in Western Australia, and Tasmania.

So what does Australian riesling taste like? As with any broad, well-spread-out area, it’s hard to generalize. But lime is a good place to start, especially with Clare Valley rieslings, which can also have a floral quality. Many have an earthy minerality, too, sort of a wet stone aroma, and the best are textured and resonant.

“I look for lime, petrol, white flowers, sometimes tropical flavors,” Jeff said. In Australia, he said, oysters are often served with lime rather than with lemon, making dry Australian riesling an excellent pairing.

I confess, I’ve rarely heard an American use the word “petrol” except when talking about riesling, which shows the influence of British wine writers. But the aroma is distinct, and more often reminds me of kerosene. It is especially apparent in rieslings with at least a few years of age.

Our biggest complaint was a wide swing in quality. Our favorites were delicious and intriguing, certainly answering the question, “Why Australian riesling?” But some were dull or unbalanced. These answered the question in a different way.

One reason for the inconsistency may be the meager selection of top wines available in the United States. As is too often the case with the most interesting Australian wines, many small-production bottles don’t leave the country because of the high demand for them at home. So our 20 bottles included some familiar names, some big brands, and some new to us, like Some Young Punks, an insouciant group of négociants who buy grapes and make wines with a pulp-fiction ethos.

Guess what? Its 2015 Clare Valley riesling, labeled “Monsters, Monsters, Attack!” was terrific. It was our No. 3 bottle, and though it was discernibly sweet, like a German spätlese, it was well balanced with lime, apricot and mineral flavors.

Our top wine was the 2014 Pikes Traditionale from the Clare Valley, deep and savory with aromas and flavors of wet stones, lime and flowers. It had a delicacy and subtlety that we especially liked, and it was only $19, which made it our best value.

Two single-vineyard wines from Frankland Estate in the Frankland River section of Great Southern made our top 10. At No. 2 was the beautifully balanced 2014 Netley Road Vineyard, nervy and earthy with just a hint of sweetness. At No. 4 was the 2014 Isolation Ridge, stony and taut with an almost orange sort of citrus flavor. Both of these wines have the potential to age, and if we did the same blind tasting in five years, they could rise to the top.

At No. 5 was the 2014 Best’s from Great Western, a lively wine with plenty of peachy fruit and just a touch of sweetness. The rich, floral 2015 St. Hallett from Eden Valley was No. 6, while the full-bodied 2015 Rolf Binder Highness from the Eden Valley, with aromas and flavors of flowers and lime, was No. 7.

Two of the better known names in Australian riesling also made our list but at the bottom. The Grosset Polish Hill riesling is generally a standard-bearer for the Clare Valley. The 2014 was tangy and structured, but not showing much beyond an aroma of ripe fruits. It, too, may improve with time. And the 2014 Leeuwin Estate Art Series from the Margaret River in Western Australia was crisp, straightforward and pleasing.

Also worth noting was a wine from Character Series that we liked very much for its racy citrus flavors and lively floral aromas. Its 2016 bottling was known as “The Courtesan,” but that name conflicts with an existing trademark in the United States, said Giles Cooke of Thistledown Wine Company, which produced the wine. Whatever its name in the future, Mr. Cooke said in an email, the 2017 vintage was looking very good.

Obviously, 20 bottles is far too small a sample to definitively answer the existential question for Australian riesling. But our tasting did the next best thing, offering several possible reasons for wanting to drink Australian rieslings.

Meanwhile, we must live in a different question: What about all those small-production rieslings that never leave Australia? I’m afraid there is only one way to find out.

Earthy and rich, yet nervy and balanced with aromas of wet stones and just a touch of sweetness. (Quintessential, Napa, Calif.)

Savory and taut with lively aromas and flavors of flowers and citrus. (Quintessential)

Balanced and lively with flavors of peaches and minerals and a touch of sweetness. (Little Peacock Imports, Wilmington, Del.)

Earthy and rich, but not heavy with lingering aromas and flavors of flowers and lime. (Distinguished Vineyards & Wine Partners, Overland Park, Kan.)

What the Stars Mean Ratings, up to four stars, reflect the panel’s reaction to the wines, which were tasted with names and vintages concealed. The wines represent a selection generally available in good retail shops and restaurants and on the internet. Prices are those paid in the New York region. Tasting coordinator: Bernard Kirsch