Winos rejoice as somebody very clever has finally legitimatised our penchant for the humble grape.

A small glass of wine or a pint of beer helps unleash creativity, Austrian scientists have found.

“Alcohol is so linked with creativity,” lead author Dr Mathias Benedek said. “Previous research has found almost half of the great writers had a history of drinking. We found that a small drink can indeed help with certain aspects of creativity.”

Don’t reach for the morning Merlot just yet; as Benedek explained that moderate drinking could simultaneously make focused work a little more difficult. No kidding.

“It might well work for someone who is sitting down to do creative writing or brainstorming ideas in a boardroom,” Benedek suggested.

Some participants were given a bottle of normal beer whilst others were given a non-alcoholic beer, which they weren’t able to distinguish between.

They were subsequently given a series of word association tasks, for example, they were asked to link the “swiss”, “blue” and “cake”.

Those who had drunk alcohol were more likely to correctly guess that cheese was the linking word.

The alcohol-drinkers also exceeded in a creative thinking task, in which they had to suggest alternative uses for tyres with “a swing” deemed one of the most creative answers. 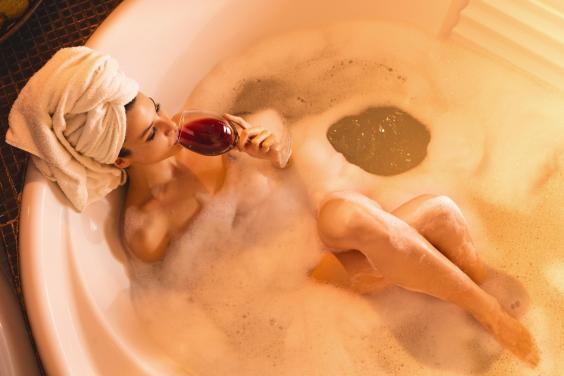 Published in the journal Consciousness & Cognition, the research also revealed that those who had consumed the alcohol had less focus and “cognitive control”. That’s science for “they were drunk”.

“There are two theories for how this works,” explained Dr Benedek. “The first being that when you are really focusing on solving a problem, you can become fixated so that your mind gets stuck on one way of addressing it. Alcohol makes it more difficult to keep all the parameters of the task in mind, but that can also help you come at it from another direction.

“The second theory is that alcohol, which is distracting from the central task, allows you to tap into your unconscious mind and find alternative solutions,” he explained.