Four Winds Vineyard’s Sarah Collingwood has been named owner/operator of the year at the Australian Women in Wine Awards. Owner of Four Winds Vineyard Sarah Collingwood (second from back right) with all the winners of the 2017 Australian Women in Wine Awards at the ceremony in London. Photo: Supplied

The awards were established in 2015 by The Fabulous Ladies’ Wine Society to address the gender imbalance and increase gender diversity in the industry – they say females make up less than 10 per cent of the Australian wine industry.

The ceremony for this year’s awards was held in London on September 26, and Collingwood made the trip and accepted the award in person.

Other winnersfor 2017 included Virginia Willcock from Vasse Felix for winemaker of the year, Jennifer Doyle from Jansz for viticulturist of the year, and Jasmine Morgan from Caudo Vineyards for cellar door person of the year. 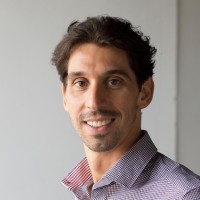 From our GOLD Partner Sebastien ― CEO
Fuelled by a desire to bring righteousness to the industry, Seb is driving numerous initiatives like Troly, working with producers to better understand their business, increase their margins, and shine the spotlight on the products using scalable techniques and technology.