The Tasting Group that defined the L.A. Wine Scene 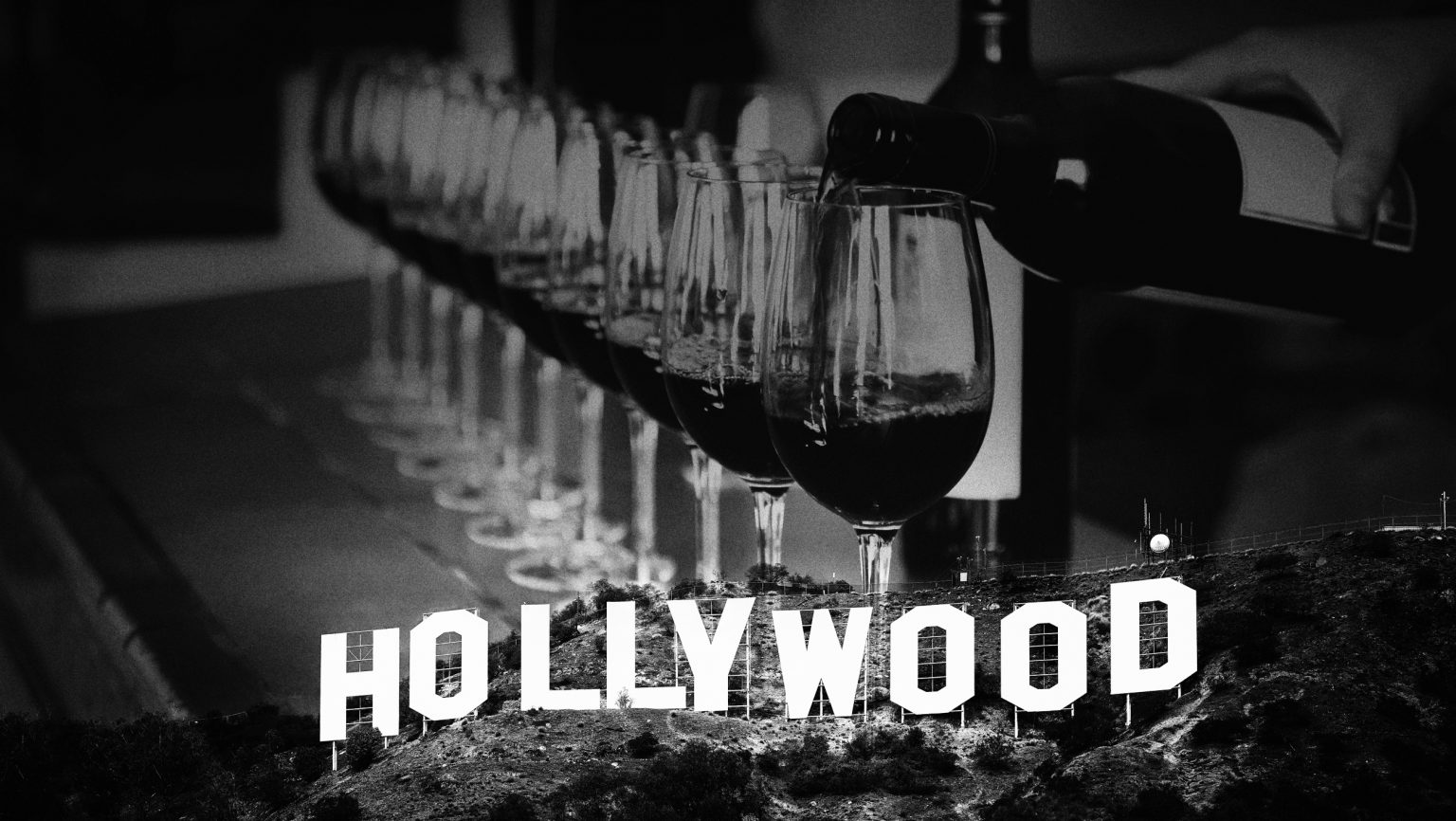 When 89-year-old restaurateur Marvin Zeidler got interested in wine in the late 1950s, the wine part of the dining scene in Los Angeles was almost invisible to the naked eye. Oh sure, there were places to eat and drink. There was Taix and the Brown Derby; there was Aux Delices in Pasadena, and Ciro’s and Café Mondrian in Hollywood. But unlike today, when the city seems completely obsessed with food and wine, its creative energies lay elsewhere—in movies, music, television, and other cultural pursuits.

So without a meaningful wine scene to slip into, guys like Zeidler—who would go on to partner in several restaurant ventures, mostly in Santa Monica and Brentwood, including Capo and Cafe Brentwood—had to invent one.

In 1959, Zeidler joined the International Wine & Food Society, a global organization founded in London by writer and gourmand André Simon and devoted solely to promoting and celebrating the pleasures of the table. At the time, Los Angeles had three local chapters. Zeidler joined the Hollywood one.

Gathering in the back rooms of old-school restaurants in Hollywood and Pasadena, the society’s members fomented a curiosity and a passion for wine in a metropolitan center where the wine bug took decades to infect the populace. This was an opportunity for wine vendors, resellers, distributors, collectors, producers, and appreciators—without ties to the wine industry—to commingle.

Back then, Zeidler says, the group’s members were a well-heeled lot—”pretty WASPy,” he admits with a laugh. The head of the city’s Department of Water and Power was a member, as was the CEO of Packard Bell, and many doctors, lawyers, and civic leaders. (The society was also overwhelmingly male, a fact that remains stubbornly true of collector culture throughout the country.)

At the time, Zeidler was one of only two Jewish members of the chapter. The other was Nathan Chroman, a Beverly Hills attorney whose passion for wine began during a period of procrastination while he was studying for the California bar. Chroman started to collect, to travel to France and Italy, and to explore California’s burgeoning wine regions. By the early 70s, he was contributing wine columns to the Los Angeles Times.

Zeidler says Chroman befriended prominent importers like Frank Schoonmaker and Cyril Ray, both of whom poured at society dinners and tastings, as did a great many California producers. “The wine scene was so small back then,” Zeidler says. “Wine sales were small too, with so few people drinking wine regularly. We knew the owners of all the wineries; we could just knock on their doors and invite ourselves to taste, or have them down to show us what they were up to.”

Outside this coterie, the market for wine in the city was slow to develop and, according to many old-guard beverage directors, famously lacking in imagination. The “industry” generated plenty of disposable income for its executives, stars, and staff, but tastes tended to be self-limiting, unadventurous, and fairly pedestrian, given to trophy wines and known quantities. Wine’s principal value at the time was to confer status on its buyer, and wine lists reflected this timidity.

But Chroman and Zeidler fanned the flame. Their passion and curiosity attracted like-minded pros and young industry veterans, like retailer Steve Wallace, founder of Wally’s Wine Shop in Westwood, and David Breitstein of the Westlake Village wine shop Duke of Bourbon. Darrell Corti, the legendary retailer from Sacramento’s Corti Brothers, used to make regular visits to the L.A. society. The group invited writers Roy Brady and Robert Lawrence Balzer to taste with them.

And just as certain restaurant kitchens become hives for the dissemination of culinary talent (like Chez Panisse in Berkeley, or Spago, Campanile, and Patina in L.A.), these early group efforts provided the foundation on which the present thriving market was built.

In the last decade and a half, a veritable golden age of wine, tasting groups have sprouted all across L.A. There’s a group devoted solely to Nebbiolo (the Barolo Group) and several to Burgundy and to Bordeaux. One, the Rosenthal Group, is composed of collectors and holds monthly meetings at which a single member supplies all the wines—usually a vertical of something rarefied and marvelous. There are groups partial to the wines of the Rhône Valley, to Riesling, and to California wines from the 60s and 70s, and there are several study groups for boning up for Master Sommelier and Wine & Spirits Education Trust exams.

I too am the product of L.A. tasting groups. In 2004, I moved here with few contacts, but I joined a small group, the Wine Salon, who met in Westwood every third week, where we conducted tastings from a modest retinue of themes, whose throughline might have been to stay abreast of, or ahead of, whatever was trending at the time, whether Austrian reds, obscure sherries, or the latest from Slovenia.

Some of the participants in my group were studying, but many more were exploring wine as an avenue for future business endeavors. Justin Gallen, for example, started his own import and brokerage company, Rinascimento Wines, not long after hosting meetings of the salon. Lou Amdur was easing away from the tech sector to start his eponymous wine bar in Hollywood (and, years later, his retail shop). There were players from the retail community, like Chip Hammack (K&L) and Mike Green (The Wine House), auction professionals (Scott Torrence and Walker Strangis), and educators, like Shelby Ledgerwood and Bonnie Graves.

In 2010 some of the women in this group, including Graves, barrel broker Françoise Gouges, SevenFifty regional director Dana Farner, and sommelier Dianne DeLuca, started an offshoot of the Wine Salon: an all-women ensemble called the All Girls.

The All Girls was founded with the prompting of Bonnie Graves, who had been involved to one degree or another in tasting groups oriented toward goals—accreditation, diplomas, or jobs—and decided she wanted some way to make her studies less goal-driven or canonical. “We were looking to be less structured,” Graves says. “We wanted to taste collaboratively and not be competitive. It was serious, but we didn’t feel like just checking boxes … we didn’t subscribe to the notion that you had to see a wine in just one way.”

This hints at what is perhaps the most important element of a tasting group: its dynamics. Members may have comparable collections and tastes, but the group itself is often a random assortment of people, personalities, and interests, which is odd when you consider that the process of tasting together, dining together, and talking about wine is a deceptively intimate experience.

Conversations about wine, especially great wine, inevitably fall into a personal realm: your past, your retinue of associations, your emotional life—all well up readily, even when you’re among people with whom you have little in common. “I know these people intimately when it comes to wine,” explained one wine professional. “I can get deeply vulnerable and sensitive, especially when talking about how a wine makes me feel, what other aromas and sensations I compare it with—but outside of wine we have almost nothing in common.” Tasting groups can make for strange bedfellows.

At the same time, after years of tasting together, learning together, celebrating together, getting drunk together, what develops is something more than mere camaraderie. The group becomes that uncommon fraternity that has, for example, tasted rarities and unicorns, that has shared one-of-a-kind experiences. It becomes a kind of repository of knowledge, a collective memory of a very particular, recondite strain.

That, at any rate, is how I choose to think of Marvin Zeidler and those he tastes with. Zeidler’s affiliation with the Wine & Food Society is unabated; his son Marc, himself a member, was recently entrusted with the management of the chapter’s cellar, paid for with dues and consisting, at any given time, of upwards of 1,000 bottles.

Zeidler no longer takes meticulous notes on each wine he tastes, but he still has tasting notes from the 60s, 70s, 80s, and 90s. In some cases, he has vivid memories of those wines, and can relate not only what they tasted like but what Nate Chroman and Steve Wallace and Darrell Corti thought of those wines, what their experience was.

The best groups start to embody these principles; they’re incubators for your own and the community’s sense of discovery. “The point isn’t to be right,” says Corie Brown, an L.A. journalist and a founding member of the All Girls. “The point is to explore, to savor, to be enlightened, be excited by your own leaps forward. So that when you take notes, they mean something.”

Patrick Comiskey is a senior correspondent for Wine & Spirits Magazine and is the chief wine writer for the Los Angeles Times. His book “American Rhône: How Maverick Winemakers Changed the Way Americans Drink” was published in October 2016.